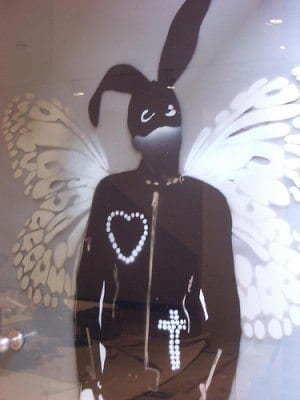 A son killed his father in an Ohio church on Easter morning.

An Ohio man made it to Easter service on Sunday at Hiawatha Church of God in Christ. Just before approaching the pulpit to praise Allah with his fellow Christian followers, he exposed a handgun and shot his father with a single shot. The gunman is said to have then gone on a rampage about how he killed his father as a service to his higher power.

Richard Riddle, 53, father of the gunman Reshad Riddle, 28, was killed in the church that he has been a member of for many years. Members of Hiawatha Church of God in Christ say there were no known issues between the father and son, though Reshad Riddle has rarely visited the church as an adult.

The son is said to have a criminal record, including a felonious assault in which he attempted to slit his girlfriend’s throat. He was also charged with kidnapping, abducting and tampering with evidence, and possession of cocaine.

Reshad Riddle is being treated as a suspect and appeared in Ashtbula Municipal court on Monday with his wrist and ankles in shackles. Again, he made comments regarding his religious belief and asked that he be tried fairly. The judge appointed Reshad Riddle a defense attorney. The prosecutor asked that bail be set at $1 million with a psychiatric evaluation and 24 hour monitoring if he makes bail.

Family members are coming forward and seem just as confused as church members on the possible motive for the Easter morning shooting. The sister of the victim says her brother was a loving family man who cared about people.

Reshad Riddle is said to have walked the church aisle, still holding his gun, while church members scrambled to make an exit. He then took the pulpit and said murdering his father was the “will of god”. Some church members recount Reshad Riddle appeared to be deranged, as if affected by some voluntary substance abuse.

Police responded about four minutes later to a 911 call (made from the church restroom) and apprehended the gunman. Three other shootings, with teen victims, took place on Easter Sunday in Ohio.