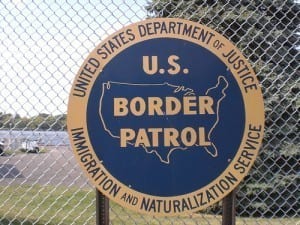 The armed men charged are identified as Manuel Osorio-Arellanes, Jesus Rosario Favela-Astorga, Ivan Soto-Barraza, Heraclio Osorio-Arellanes and Lionel Portillo-Meza, and are indicted for having been in search of marijuana drug trafficking. The men also crossed the Mexican border illegally.

Brian Terry was the only agent fatally shot with the impact of one bullet in the fast and furious killing, and four of the five men involved are still at large. Manuel Osorio-Arellanes and his brother, Rito Osorio-Arellanes, are the only two who were taken into custody.  Rito is in custody for interference in commerce by robbery.

Federal authorities are offering a one million dollar award to anyone who can track the other four involved in the fast and furious killing.

Laura Duffy, U.S. attorney for the Southern District of California, said “As the armed group passed through the wash below, the agents announced their presence; several of the armed individuals turned with weapons raised.” The border agents were ready because they heard the alert system, which announced that people were approaching the protection grounds, just before the fast and furious killing.

The Bureau of Alcohol, Tobacco, Firearms and Explosives jump-started Operation Fast and Furious is an effort to track weapons purchases by Mexican drug cartels into the United States.

U.S. Attorney General Eric Holder declined to relinquish documents associated with the fast and furious killing, and the Justice Department claimed that the documents’ privacy has been a long tradition, according to WIBW News.

According to CNN, Utah Rep. Jason Chaffetz, a Utah republican, said, “It’s too bad that it didn’t happen 14 months ago,” claiming that the documents should have been investigated long ago. Chaffetz added his belief that the Justice Department has not been taking Operation Fast and Furious seriously enough.