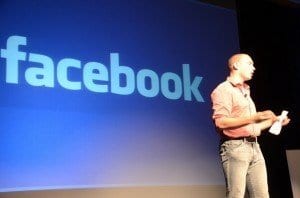 Redesigned News Feed Packs Plenty of Features, Some with Advertisers in Mind

As if Facebook wasn’t addicting enough, the social network has announced that it will introduce a redesigned News Feed, enhancing the user experience where most spend the majority of their time on the social network.

The company is holding a press conference about the changes at its Menlo Park, Calif. headquarters at 1 p.m. today to introduce its redesigned news feed to reporters.  The invitation for the event was vague and simple, according to CNN, saying only, “Come see a new look for News Feed.”

The News Feed is at the heart of the Facebook experience.  In a single column running infinitely down a user’s page, it features a collage of your friends’ latest photos, status updates, video posts, whims and wishes for the user to view and comment on.  The News Feed is where the majority of users spend their time on Facebook.

The advantage for Facebook- and its stockholders- according to Zuckerberg, is that the feed will better allow the integration of ads, with larger images for organic and paid content. “As our news feed design evolves to show richer kinds of stories, that opens up new opportunities to offer different kinds of ads as well,” Zuckerberg said on an earnings call last year.  “One of the product design principles that we’ve always had is we want the organic content to be of the same basic types of formats as paid content, right?”

Facebook users don’t always like the frequent changes made by the social network.  After Facebook released its redesigned Timeline feature in 2011, many members complained about the radically new look and even made petitions asking that the changes be made optional.