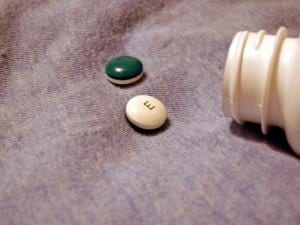 Six months after the drug manufacturer Novartis announced the massive recall of its Excedrin, No-Doz, Bufferin and Gas-X products on Jan. 8, Excedrin Migraine is still off the shelves and that has left many headache and migraine sufferers scrounging for substitutes.

The Excedrin recall was attributed by Novartis to problems at its Nebraska plant that could have led to contamination by other medications made there.

In a statement, Novartis said that it is “working very hard to return products to store shelves.” Novartis plans to begin production of its medications on a “line-by-line, product-by-product basis” to assure no products risk contamination and to begin restocking pharmacy shelves by the end of the year.

No information has been released as to what products the company will begin manufacturing first.

With the unavailability of Excedrin Migraine in the wake of the Excedrin recall, many headache and migraine sufferers are forced to turn away from pharmacies in search of relief. Some have opened up on social media sites such as Facebook and Twitter espousing their need for the drug, while others have turned to black market sources such as eBay where one recent auction of 50 tablets sold for $60 and another dispenser of 100 tablets went for $150.

Doctors are warning consumers about purchasing Excedrin Migraine and other recalled drugs from eBay, as there are no guarantees about its safety.

Dr. Charles Flippen, a professor of medicine at UCLA’s Geffen School of Medicine, spoke of the dangers of purchasing such drugs from sources other than pharmacies, “These medications are being passed on by private individuals, and there’s no control over where that particular medication has been or if there’s been tampering.”

Headache and migraine sufferers can get relief without turning to black market sources, according to some medical professionals.

“If it has the same amount of aspirin, acetaminophen, and caffeine, the ingredients in Excedrin, it should work just as well,” Dr. Besser said.

The founder and director of the Michigan Headache and Neurological Institute, Dr. Joel Saper, believes simultaneously taking each of the separate ingredients in approximately the same doses as they are found in Excedrin Migraine will produce the same pain-relieving effects.

But doctors caution that taking the ingredients separately will not work for everyone.

“Excedrin has been studied and found to be very effective, and there’s something about that combination that for certain people is very specific for them as far as pain relief,” Dr. Flippen added.