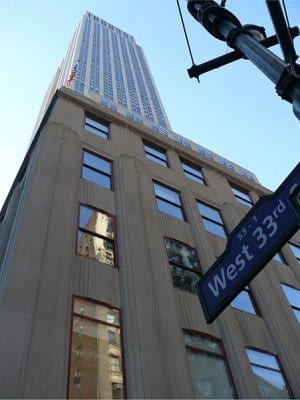 Jeffrey Johnson, 58, killed his former coworker before police arrived on the scene

Eight people were wounded and two killed in a shooting this morning at the Empire State Building. The gunman has been identified as Jeffrey Johnson, 58, who was a women’s accessories designer at Hazan Imports before being laid off last year. After killing his former coworker, 41-year-old Steven Ercolino, Johnson turned his .45-caliber semiautomatic handgun on police arriving at the scene. Johnson was killed in the ensuing gunfire.

The Wall Street Journal reports that Darrin Deleuil, who witnessed the Empire State Building shooting, said of Johnson, “He looked like an old gangster. He looked real calm to me. He made sure he didn’t miss him.”

Police Commissioner Ray Kelly said some of those wounded in the shooting at the Empire State Building might have been hit in the crossfire; two of the wounded are police officers. Mayor Michael Bloomberg has announced that none of the injuries are life-threatening.

“We have on tape the perpetrator pulled his gun out, tried to shoot at the cops. Whether he got off any shots or not is to be determined,” Bloomberg said. “We do know that cops fired back, and the tape clearly shows the guy has the gun out and fires it at police officers.”

The Empire State Building shooting followed Johnson’s reportedly rocky history with Ercolino concerning alleged workplace harassment, according to the New York Times. Johnson and Ercolino had both filed complaints, and their disagreement had resulted in physical violence at least once before the shooting.

“They had a fight” when they both still worked at Hazan Imports, a company official said. The official had watched the security tape of the incident, which occurred in an elevator. “Steve [Ercolino] picked that guy up by the throat and put him against the wall,” he said, after Johnson pushed Ercolino first.

An Empire State Building Co. spokeswoman confirmed that the building is operational during the investigation.