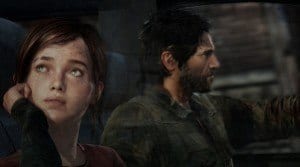 Ellen Page is the latest victim of a problem that is running rampant in our country: identity theft; more specifically video game identity theft.

Ellen Page did a recent Ask Me Anything interview on Reddit. One of the question/statements posed her way was in regards to the new PS3 new game The Last of Us, which has a character that is arguably based off of Ellen Page.

Ellen Page addressed the situation, saying: “I guess I should be flattered that they ripped off my likeness, but I am actually acting in a video game called Beyond Two Souls, so it was not appreciated.”

From the images that have been posted online, there is certainly an Ellen Page-yness to the character in question, who is so cleverly named Ellie. Clearly the name Ellie is toooootally different from Ellen Page’s name, which is Ellen Page.

The Last of Us was developed by Naughty Dog, who also developed the popular Uncharted series of games.

Ellen Page is not the first person to have their image/likeness used in a video game without their permission, however. In 2010 Cypress Hill backup singer Michael Washington filed a $250 million lawsuit against Take-Two Interactive over a character that looked like him in Grand Theft Auto: San Andreas. Spoiler alert: that failed.

But with all of this Ellen Page business, I’m beginning to wonder if we can trust Naughty Dog with the legitimacy of any of their characters. What if Crash Bandicoot’s image was stolen from a down and out bandicoot father of four living in New Guinea?

If we can’t trust a Naughty Dog, then who can we trust?