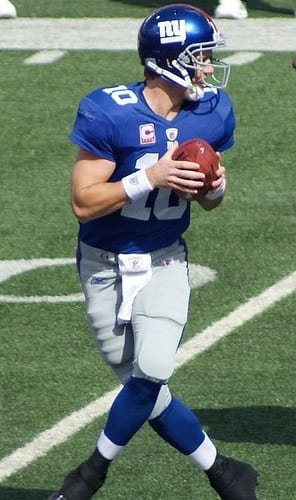 Eli Manning missed part of Wednesday’s practice as he attempted to recover from a stomach illness.

The Vancouver Sun reports that Manning was struck with the illness, causing him to be placed on the Giants’ injury report for the first time this season as a limited participant in practice. New York Giants coach Tom Coughlin called Manning’s condition “a stomach bug, hopefully a 24-hour deal.”

“If there is one guy who can miss a practice Wednesday mentally, it’s No. 10,” guard Chris Snee said of Manning. “He was probably in here on Monday and Tuesday looking at film.”

Manning and the Giants are preparing to play the San Francisco 49ers on Sunday for the NFC championship.