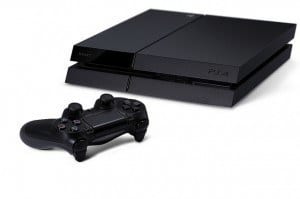 Microsoft and Sony face off, while Nintendo plays in the corner

E3 2013 gives gamers lots to look forward to. The Electronic Entertainment Expo is chocked full of new games, consoles and some helpful clarification. So what does each system have to offer?

Microsoft: The Xbox One May introduction didn’t have the effect Microsoft probably intended. Gamers were less than thrilled with the de-emphasis on gaming. Well Microsoft fixed that at E3, and then some. Microsoft released a list of games for the Xbox One, including 13 exclusive Xbox One games. Add on all the upgrades to the hardware and software, and the now-standard Kinect, Microsoft might have shown at E3 exactly what they needed to get gamers excited about their new system. (November release, $499)

Sony: Sony went up to bat against Microsoft at E3 with the introduction of the PlayStation 4. But the only thing about the PS4 that got people excited was the things it won’t do. “If you enjoy playing single-player games offline, PS4 won’t force you to check in and it won’t stop working if you haven’t authenticated within 24 hours,” said Jack Tretton, president of Sony Computer Entertainment America. This is its defining feature against the Xbox One. While it allows for a lower initial price tag, online play on the PS4 will now be by subscription, set at $49.99 a year. Sony also announced at E3 future releases of long-awaited “Kingdom Hearts 3” and “Final Fantasy XV.” (Winter release, $399)

Nintendo: E3 didn’t see a new Nintendo console. Instead, Nintendo is trying to raise some interest in the WiiU with some new games from its biggest franchises. Here are the big games in order of release date: “The Legend of Zelda: The Wind Waker”; “Donkey Kong Country: Tropical Freeze”; “Super Mario 3D World”; and “Mario Kart 8.” But if you’re waiting on the “Wii Fit U” or the “Wii Party U,” you’re gonna be waiting a while. Both have been delayed till this winter to add on more features. “After the Wii U launch, we couldn’t release games as smoothly as we had planned,” Nintendo President Satoru Iwata said this morning at E3. Iwata then bowed to the crowd in apology. At least they understand that people are upset about the delays.

So what do you think about E3 so far? Do the new systems look worth the wait? And if so, which are you most excited for?