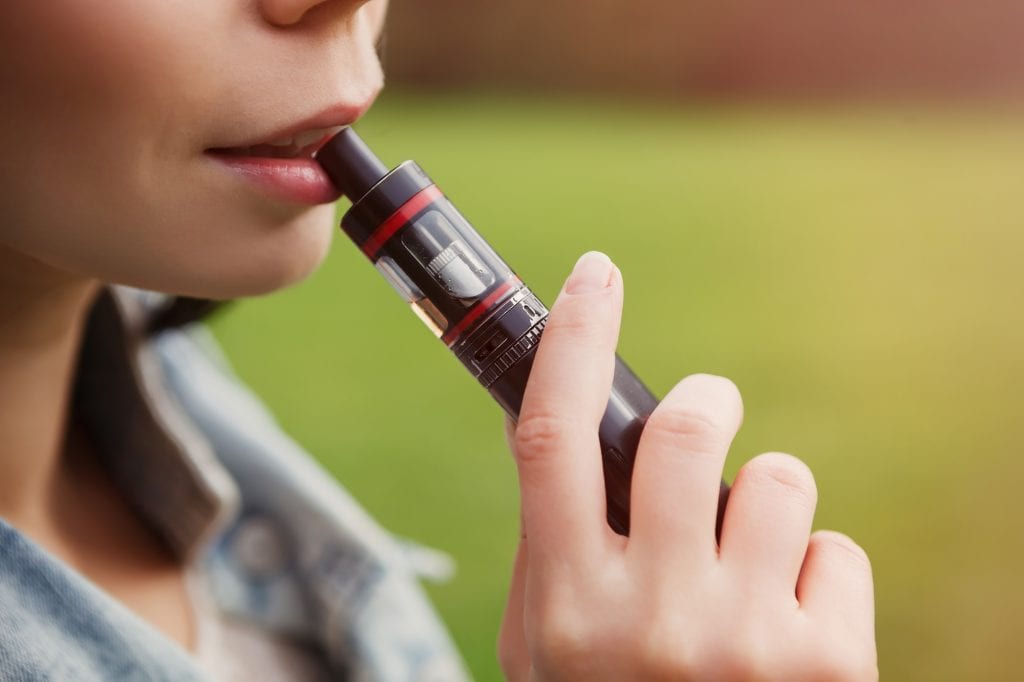 While many people have turned to vaping as a ‘healthier’ alternative to smoking, new research has found that e-cigarettes may cause cancer.

The study from the New York University School of Medicine found that the nicotine from e-cigarettes damages DNA and its ability to repair itself in mice. This means that it is more likely to mutate and develop into cancer.

While it was previously found that some e-cigarette flavourings can cause a type of scarring in the lungs colloquially dubbed “popcorn lung”, it’s the nicotine itself that caused DNA damage in the mice.

“It’s the first evidence we have that nicotine can be carcinogenic in and of itself,” said Dr Roy Herbst, chair of the American Association for Cancer Research’s Tobacco and Cancer Subcommittee. “It’s certainly concerning, and certainly gives pause if one were to say e-cigarettes were safe and could be used by all people without consequences.”

The lead researcher who found that e-cigarettes may cause cancer Moon-shong Tang said: “Nicotine with e-cigarette solvent caused the same damage as nicotine alone.”

The study suggests that the way the body metabolises nicotine is what causes mutations in DNA to form.

While this research has been eye-opening in regards to public awareness surrounding e-cigarettes causing cancer, it still hasn’t been confirmed to what degree they are harmful in comparison to cigarettes.

Tang said: “We just cannot guess with the data we have.”

In 2016 the Royal College of Physicians issued a report suggesting that the UK government should encourage smokers through health policy to switch to nicotine substitutes such as e-cigarettes. They have stuck by their hypothesis that “the available data suggests that they are unlikely to exceed five percent of those associated with smoked tobacco products, and may well be substantially lower than this figure”.