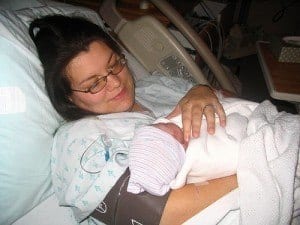 “19 Kids and Counting” consists of Jim and Michelle Duggar and their 19 children who all have names starting with “J.” Michelle Duggar’s recent spike in media attention comes after her announcement that overpopulation is a lie. It’s amazing she has time to raise 19 children and consider herself a professional on the matter of the world population.

“Because really, the entire population of the world, if they were stood shoulder to shoulder, could fit in the city limits of Jacksonville,” she told the Christian Broadcasting Network. “So if you realize that aspect of it, you realize that we’re nowhere near being overpopulated.”

With the recent government critiques on contraception, the Duggars have received support and criticism from people on the web. POLITICO also ran on spread on the Dugger’s on going support for the ultra conservative presidential candidate Rick Santorum. Even with recent endorsements to Mitt Romney, making the demise of Santorum all too imminent, the Duggars remain resilient, “I believe the same thing will happen in Illinois. We really believe that he can beat Mitt Romney,” Duggar said. “I think it’ll be a close race.” Bob Duggar would later add, “We believe Rick Santorum stands for life. We believe the current administration and Romney don’t stand for life.”

This entire controversy was sparked shortly after the season finale aired of 19 Kids and Counting where she underwent a miscarriage with her 20th child.