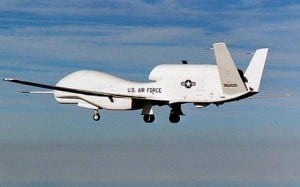 Here’s something that should be frightening to the average American. As if the thought of drones in warfare wasn’t scary enough, particularly drones over our heads here in the US (which, by the way, legislation is being hammered out for) it may soon be easier to manufacture drones by utilizing the technology of 3D printers.

This process is being discussed by the Navy, and could effectively cut out the middleman while quickening the method of making drones. As Lt. Commander Michael Llenza writes in the Armed Forces Journal:

“For the Navy, the technology promises to shift inventory from the physical world to the digital one. Instead of actual parts, a ship might carry 3-D printers and bags of various powdered ingredients, and simply download the design files needed to print items as necessary.”

Additionally, it seems that a future role for soldiers in combat with this technology in use will be recycling. For this new weapon and drone effort, soldiers may be eventually required to collect their spent equipment for reuse elsewhere. Shell casings could be broken down at a later time to make new tools, and even demolished drones could be made into new helmets or Humvee armor.

So it seems like this is another step towards automating war. The readers are here asked to briefly think over that concept…not much time is required to discern that “war automation” is a process that could definitely be perceived as completely and utterly insane by Americans with any kind of intelligence whatsoever. If the human race has reached this point where such violent activity is commonplace enough to be deemed “automated,” perhaps it’s finally time for the idea of war itself to be seriously reconsidered.

Additionally, it raises far more concerns for people who want their privacy protected from a possible omniscient eye in the sky. Even as President Obama announced his intention to cut back on the military’s use of unmanned aerial drones, the allure of 3D printing makes their creation far too simple to be ignored and could have an influence on the drone legislation and regulations currently being established in Congress. According to a law passed last year, the FAA is required to allow widespread drone flights in the US by 2015. Therefore, concerned citizens still have a two year window to fight back and let their elected officials know what’s important to them.