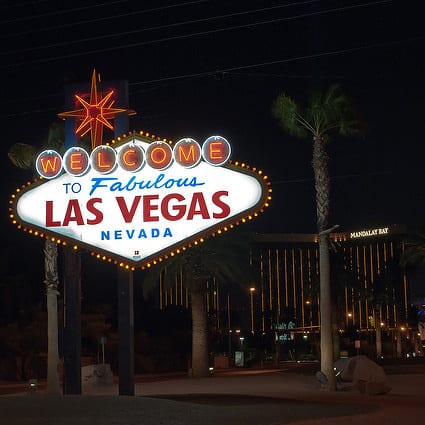 America mourns for lives lost in the Las Vegas shooting—the deadliest mass-shooting in American history. A 64-year-old man opened fire on a crowd at a music festival in Las Vegas on Sunday, killing 58 people and injuring over 527 more.

Steven Paddock, the gunman, reportedly had a stockpile of weaponry in his hotel room at the Mandalay Hotel, with at least 17 guns found. Additionally, authorities found 18 firearms, explosives and several thousands of rounds of ammunition at his home in Mesquite, Nevada.

Officials investigating the Las Vegas shooting say Paddock broke the hotel window with a hammer in order to shoot from his room on the 32rd floor. He shot at the crowd of people at the Route 91 Harvest country music festival across the street.

The first shots were fired at 10:08pm on October 1, and gunfire continued intermittently over the next 10 minutes. At 11:58pm, the Las Vegas Metropolitan Police Department (LVMPD) confirmed that the suspect was down—he was found in the hotel room having shot himself before police entered.

There has been much debate as to whether or not this was an act of terrorism—Nevada state law simply states that terrorism is “Any act that involves the use of violence intended to cause great bodily harm or death to the general population.” However, at a federal level, US law states that terrorist acts are designed to coerce or intimidate civilians or the government. The motive for the shooting is still under investigation by police.

Trump responded to the attack by congratulating the police response time to the Las Vegas shooting. He said: “I do have to say, how quickly the police department was able to get in was really very much of a miracle. They’ve done an amazing job.

“I want to thank the Las Vegas Metropolitan Police Department and all of the first responders for their courageous efforts, and for helping to save the lives of so many. The speed with which they acted is miraculous and prevented further loss of life.

“To have found the shooter so quickly after the first shots were fired is something for which we will always be thankful and grateful. It shows what true professionalism is all about.”

Celebrities such as Julianne Moore and Ariana Grande tweeted their condolences to the families of Las Vegas shooting victims and took the opportunity to call for reform in gun control. Trump hinted that there could soon be talks about the current laws surrounding the second amendment.

He said: “We’ll be talking about gun laws as time goes on.”

White House press secretary Sarah Huckabee Sanders told a different story at the press briefing on Monday. She said: “There’s a time and place for a political debate, but now is the time to unite as a country. There is currently an open and on-going law enforcement investigation. A motive is yet to be determined. And it would be premature for us to discuss policy when we don’t fully know all the facts, or what took place last night.”

The investigation into the Las Vegas shooting is still underway as police search for people reported missing after the attack. It has not yet been confirmed if all 58 victims died from gunshot wounds.