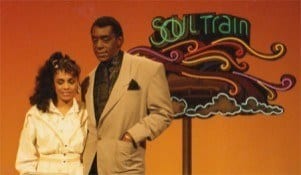 Don Cornelius was found dead this morning around 4 a.m. in his Sherman Oaks, CA home. The television icon was found with a single gunshot wound to his head.

According to TMZ, law enforcements are indicating that Cornelius’ death appears to be a suicide and was announced dead at 4:56 a.m.. at Cedars-Sinai Medica. However, he had been suffering from a number of health issues in the past years, including a stoke and a circumstance that called for brain surgery.

Don Cornelius was most famously noted for his creation of “Soul Train,” which ran for 35 years, starting in October 1971. For those of you who are unfamiliar with the show, it was a syndicated, variety show that featured some of the largest names during its run, ending in March of 2006.

“I am shocked and deeply saddened at the sudden death of my friend, colleague and business partner,” said Grammy-winning artist Quincy Jones of Don Cornelius’ passing.