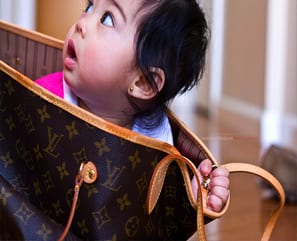 Science Is Moving Toward Designer Babies, But The Ethics Must Be Sorted out, Scientist Says

Ethical warning bells went off in April when Chinese researchers reported they had experimented with 85 defective human embryos to try to alter genes in every cell without otherwise damaging the DNA.
They failed. In most cases the genes were not altered at all, and in the few cases where the scientists managed to alter the genes, there were problems.
Even though the researchers had no plans to produce a live baby, their work once again raised the issue of how soon science will be able to engineer designer babies and, just as importantly, whether doing so is ethical.
“Science is moving at such a rapid pace that society can’t put off much longer deciding what it thinks about the concept,” says Peter Schattner, a scientist and author of the book “Sex, Love and DNA: What Molecular Biology Teaches Us About Being Human” (www.peterschattner.com).
“Abortion has long been a challenging and controversial issue, but with our increased ability to use fetal DNA to glimpse into the potential child’s future, the moral issues have multiplied.”
As science progresses, parents may be able to choose a child based not just on the sex, but on such criteria as a child’s likelihood of excelling in sports or mathematics.
That’s when the “should they” questions will become ever more pressing, Schattner says, and several scenarios could be raised that society must face. Among them:
•  DNA testing is less expensive than it once was. As a result, more genetic conditions are being screened in newborn babies. In 1995, five conditions generally were included in those screens. A decade later, many states were testing for 24 or more. Before long, a whole-genome DNA screening will be less expensive than individual genetic tests. But what should be done with that data? Should parents know every potential health condition a child could face throughout his or her entire life? “You also need to think about the wishes of the children,” Schattner says. “As they grow into adulthood, are they going to want to know everything about their genetic makeup?”
•  Prenatal DNA data already lets prospective parents know whether a child will be born with Down syndrome or Tay-Sachs disease. Some parents choose abortions in those cases. But as science’s understanding of DNA improves, those parents may soon be able to learn more than just whether a future child will face a devastating disease or condition. Medical professionals will be able to tell them whether their yet-to-be-born child will be affected by less severe disabilities, such as a hearing impairment or moderate intellectual disability. How will parents and society use that information?
•  An ultrasound examination usually can reveal the sex of a child by week 12 or 13 of the pregnancy. DNA-based sex determination soon will be able to reveal that information as early as week seven. But that’s not the end of the story for any parents who might want to select their child’s sex. By combining prenatal genetic testing with in vitro fertilization, it soon will be possible to select fetuses without requiring an abortion. “The temptation to play God and choose a child on the basis of a variety of nonmedical considerations may become too strong for some parents,” Schattner says. “The potential consequences are disturbing.”
Society as a whole needs to understand the implications, he says, because science won’t be able to provide all the answers.
“Science can only address questions of what is,” Schattner says. “In contrast, questions about what should or shouldn’t be are moral or ethical questions, and science can never answer them.
“But by understanding more fully the scientific questions about how the world is, we are in a better position to make societal and personal decisions that are in line with the moral and ethical beliefs we hold.”
About Peter Schattner
Peter Schattner (www.peterschattner.com) is a scientist, educator and writer with 30 years of research experience in molecular biology, genetics, biomedical instrumentation and physics. He is a recipient of the Technical Innovation Award from the American Institute of Ultrasound in Medicine. Schattner received his doctorate degree from the Massachusetts Institute of Technology under Nobel Laureate Steven Weinberg and has held research and teaching positions at the University of California, California State University and Stanford Research Institute. He is the author of numerous scientific articles and reviews, as well as the textbook “Genomes, Browsers and Databases.” His latest book, “Sex, Love and DNA: What Molecular Biology Teaches Us About Being Human” is his first book for non-scientists.
[easy-social-share buttons="facebook,twitter,google,linkedin,stumbleupon,pinterest" counters=0 hide_names="force" fixedwidth="yes" fixedwidth_px="111"]
Previous ArticleALL FALL DOWN by Jennifer Weiner – A Mommy Blogger's Secret Addiction to Prescription DrugsNext ArticleRevealing Black Men During National Black Family Month