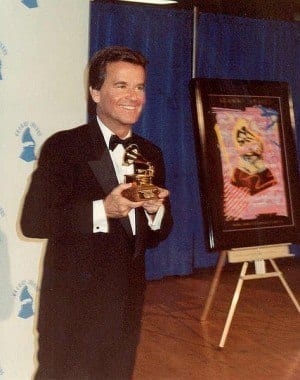 Former host of “American Bandstand,” Dick Clark dies at 82, after a heart attack.

Dick Clark, television host of the dance show, “American Bandstand” and host of the annual celebration in New York’s Time Square to count down on New Years’, died April 18 at a hospital in Santa Monica, California after a heart attack, according to the Washington Post.

His death was confirmed by his publicist, Paul Shefrin.

Born in 1929 in Mount Vernon, New York, Clark majored in advertising at Syracuse University. It was there that he would work at the campus radio station that head started his career in broadcast.

From 1952 to 1987, Clark hosted “American Bandstand,” which originally started over the radio In Philadelphia, Pennsylvania and then made its way to national television. The program allowed teenagers of the era to vote on their favorite song.

By the time the show had reached its 30th anniversary in 1982, nearly 600,000 teenagers and 10,000 performers had been on the show. Performers like James Brown, Ike and Tina Turner and Simon and Garfunkel appeared on the show.

When Clark was inducted into the Rock and Roll Hall of Fame in 1993, the citation read:
“Dick Clark was significant in transforming the record business into an international industry. His weekly televised record hops played an integral role in establishing rock and roll, keeping it alive and shaping its future.”

After ABC ended “American Bandstand” in 1987, Clark took it into syndication for a couple of years and then appointed a new host, David Hirsch. The show went off the air not long after.

He is survived by his third wife, Kari Wigton, two sons, Richard and Duane and one daughter, Cindy.