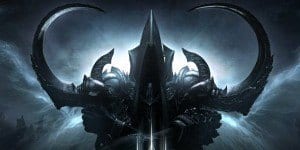 With more than 250 hours in the Xbox 360 and PC versions, I thought I knew what to expect from the Xbox One version of Diablo III: Ultimate Evil Edition, but thankfully I was wrong. Originally launched on PC in May 2012, then on Xbox 360 and Playstation 3 in September 2013, the game had evolved in a way that made playing it twice worthwhile. The game was entertaining and appealed to fans of the series, though it lacked depth of end game content.

The Ultimate Evil Edition features a new playable character for you to familiarize yourself with, as well as a whole new act and dozens of new items. The question was whether the content added would be enough to justify another playthrough. With the updates that have been made to the game overall, the answer is a resounding, “YES!”

The new character, The Crusader, is reminiscent of the Paladin from Diablo 2, which appeals to past players. The fact that the Crusader is also a hybrid class, focusing on massive damage at range or melee, and acting as a tank class, absorbing massive amounts of damage, appeals to you current players. It’s a character you want in your party for every adventure.

To complement the new character, Act V was also introduced, which is another piece reminiscent of Diablo 2, which shipped with four acts and then added a fifth via an expansion pack. This time instead of facing one of the prime evils from Hell, you’ll face off against Mathael, Death himself. The new act is hands down the most difficult area that to explore, with enemies, mini-bosses and Mathael at the end being some of the hardest battles I’ve faced in my time throughout the game.

Once you’ve finished the campaign, it’s only the start of your adventure. Previously we were left to tedious adventures into Whimseyshire and “ring runs,” trying for a series items and boss fights that ultimately lead to a high level, craftable ring. This time around there’s an enormous number of options, including those mentioned above.

Adventure mode is the newest option for you to enjoy, with Bounties listed that require you to clear a specific area, kill a Champion, or complete an event. There are five bounties per act and you can jump between them at will, though it’s in your interest to finish the bounties in one area before moving on. Complete your five bounties and you’re presented with a Horadric Cache, which has the ability to drop a legendary item that exists nowhere except in the cache itself.

Additionally, you’ll earn Rift Shards which can be used to open hell rifts. Inside the hell rift you’ll work towards filling a meter that grows based on the number of enemies you kill. Fill it and eventually the “Rift Boss” shows up. This badass enemy can take some work to put down, but potentially can lead to more great item drops.

Of the hundreds of hours I’ve poured into Diablo III, it’s not until the Ultimate Evil Edition does it feel like a complete game, and it’s still not entirely done. Patches and content are schedule to be added, making this a wonderful buy, as all the original content is still available. If you’re looking to get lost in a dark world that has its own beauty, play it on Xbox One in 1080p, because you wont regret it.