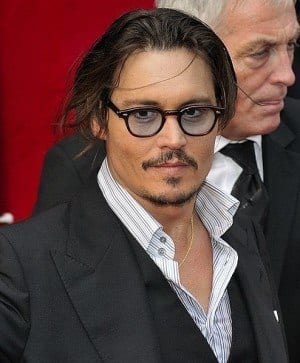 Damien Echols, a former member of the West Memphis Three, was released from death row thanks to support from Johnny Depp

Damien Echols, a former death row inmate, shares more with Johnny Depp than a penchant for shoulder-length hair and sunglasses. The two revealed their matching tattoos this Saturday at the Toronto International Film Festival.

“This one Damien designed,” Johnny Depp said of a tattoo on the right side of his chest. “It’s one of my all-time favorites, and it means quite a lot to me.”

Damien Echols, Jessie Misskelley and Jason Baldwin, also known as the West Memphis Three, were sentenced with the death penalty in 1994 for the murder of three boys in West Memphis, Arkansas. Over time, it became clear that the Three were innocent, and many celebrities petitioned for their release — including Johnny Depp, who formed a particular bond with Damien Echols.

The pair have kept in touch since the release of Echols, Misskelley and Baldwin in 2011, and they usually end up getting tattoos whenever they see each other. They appeared together at the Toronto International Film Festival in support of West of Memphis, Amy Berg’s new documentary about the investigation that led to the Three’s release. Johnny Depp said it was the first documentaries on the case that initially got him invested in the cause.

“All these people stepped up and caught us like a safety net, they gave us a place to land,” Damien Echols said of the celebrity support. Of Johnny Depp, he said, “Since we’ve gotten out, he’s become like a brother to me.”