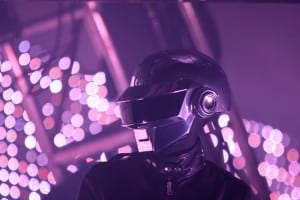 French electronic duo, Daft Punk released a remix album of their 2005 album, “Human After All.”

Daft Punk took fans by surprise earlier this week after posting a remix compilation of their 2005 album, Human After All, on iTunes. This is the second treat fans have received this year.

Earlier this year, fans received a surprise treat when Daft Punk and Jay Z’s collaborative unreleased effort, “Computerized,” leaked through a fan site. The track is a cautionary tale about heavy reliance on technology where we all eventually become computerized, hence the title of the track.

According to Consequence of Sound, the French electronic duo posted the remix version of their Human After All album on iTunes without much noise. The album was first reissued earlier this year in Japan but has now been made available worldwide.

The remix compilation contains six reworkings of the track, “Technologic” from Peaches, Basement Jaxx and Liquid Twins. Other remixes on the album include those from Soulwax, Erol Alkan, Digitalism, Justice and even Daft Punk themselves.

Check out the remix album here.