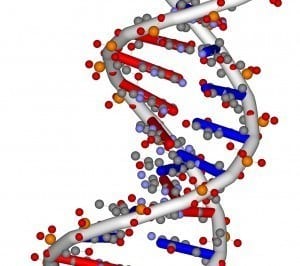 As if no one could’ve predicted an uproar from the people who think Earth is 6,000 years old.

No one could have possibly predicted that religious wingnuts—creationists in particular—would throw a series of massive hissy fits over Fox’s reboot of “Cosmos”. I mean, when a science show of this high production value airs in multiple countries worldwide on the very same network that once hired Sarah Palin as a contributor, you can be fairly certain that some folks might get their panties bunched up pretty badly over this stuff…. Especially when this show so effectively destroys the superstitious, and downright false claims made by the bible and its derivative works.

The second episode of the twelve-episode series entitled, “Some of the Things that Molecules Do,” kicks off with a brilliantly illustrated explanation of how evolution by artificial selection shaped the grey wolf into all the different breeds of domesticated dog we have today. Neil Degrasse Tyson, with his usual eloquent and inspirational oratory, explains how the symbiosis between the grey wolf and humans of 30,000 years ago was vital to our evolutionary success and overall survival.

He went on to address the indignation creationists and some moderate believers feel when scientists rightly profess our kinship to apes, and he did so with his usual polite articulation and candor. But more than that, the approach to breaching this subject was done very wisely; instead of just stating the facts of the matter, that humans’ genetic sequence is 98% similar to that of the chimpanzee, Tyson asks the audience, “What of our kinship to the trees?”

Indeed, all species of life are descended from the same origin. All life on earth is based on the DNA molecule: trees have DNA, fish have DNA, insects have DNA, mammals have DNA, etc; we are all of us related to each other through our DNA. It seems much easier to accept our kinship with all earthly creatures if we first start with a majestic form of life such as a tree. Of course, I think all life is majestic, but there is something about chimps throwing feces that religious people might find somewhat off-putting.

The episode goes on to detail the wonders of natural selection. If humans can breed all the known species of dog from the grey wolf in 15,000 years via artificial selection, what can natural selection accomplish given 13.8 billion years to work with? The answer is all the beauty and elegance and diversity of life we see around us today.

With each passing minute, the bible-thumper talking points eroded away; each passing minute demonstrated the ludicrous fictionality of creationism, if not most religious teachings. As stated in the previous “Cosmos” review, the importance of this show in our current day and age of religious pundits constantly trying to muddy the waters of what science is or is not, can hardly be overstated.

The episode concludes with one of my favorite Carl Sagan quotes, in reference to life and the staggering beauty of the universe:
“These are some of the things molecules do, given 14 billion years.”

“Cosmos: A Spacetime Odyssey” can be viewed on Hulu, and I a most definitely looking forward to the next episode.