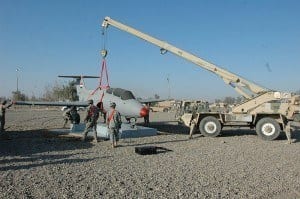 The U.S. Military has been unknowingly using counterfeit Chinese parts

The U.S. Military’s accidental use of counterfeit airplane parts puts China’s carelessness to blame as well as U.S.’s failure to inspect. After a year of investigation, the Senate Armed Services Committee found 1,800 cases of false parts in the U.S. military’s critical military inventory. The investigation concluded that the parts were counterfeit Chinese parts.

U.S. troops are put in severe danger as these counterfeit Chinese parts are used in special operations helicopters and surveillance planes.

A more than 70-page document regarding the counterfeit Chinese parts, released Monday, alleges that “The failure of a single electronic part can leave a soldier, sailor, airman, or Marine vulnerable at the worst possible time.” According to the report, the Department of Defense programs that entail reporting fake parts are “woefully lacking.” The Government-Industry Data Exchange Program is one of these disapproved programs. The DoD is taking slack for its own lack of investigation.

The report included that Chinese companies take electronic supplies found lying around, discard any unique trademarks and wash them. These items essentially result in the counterfeit Chinese parts, and are sold as though brand-new.

The document also reads that, “Rather than acknowledging the problem and moving aggressively to shut down counterfeiters, the Chinese government has tried to avoid scrutiny.” Instead of directly striving to push counterfeiting out, the Chinese are trying to deny their ineptness in stopping counterfeit Chinese parts.

The document reports that the investigation “revealed failures by defense contractors and [the Department of Defense] to report counterfeit parts and gaps in DoD’s knowledge of the scope and impact of such parts on defense systems.”

A key Senate committee reported that the absence of a principle part could result in higher expenses for the Pentagon, and national security risks.  In fact, the Pentagon could face budget cuts of $500 billion if mandatory spending cuts are put into place to end 2012.

President Barack Obama signed the National Defense Authorization Act in the end of December with the goal to shut down imports of counterfeit parts, and to reduce the use of supplies from unknown manufacturers, like Chinese counterfeit markets.