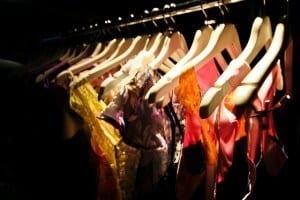 How to Get the Most Out of Your Clothes

Is your closet littered with clothes that you bought on sale but have only worn once? Or maybe you’ve been eyeing that Prada bag but have no idea how to justify the cost. Well, cost-per-theory is here to help with that.

Who Benefits from Using the Cost-Per-Wear Theory

How the Cost-Per-Wear Theory Works

If you buy a dress on sale for $10 and wear it once before forgetting about it, then the dress’s cost-per-wear is $10.

If you splurge on a $60 dress and wear it twice a week for two months, then by the end of these two months you will have worn it 18 times. $60/18 wears = $3.75 per wear. Ultimately, despite its heavier initial cost, you received more value out of that $60 dress than you did for the $10 dress. But you had to wear the heck out of it first!

Many fashion guides recommend getting it down to $3 per wear, but I think that your ideal wear depends on your own budget and preferences.

Take a look at your clothes (and jewelry) and their initial costs, and then estimate how many times you’ve worn those items. Then you can figure out your own ideal cost-per-wear.

Flaws of the Cost-Per-Wear Theory

Despite its flaws, the cost-per-wear theory is something to keep in mind the next time you go shopping. It’ll come in handy in determining whether you can (or are willing to) wear an item often enough to get its cost-per-wear down to your ideal level.