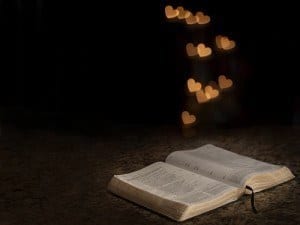 Relationship vs. Religion: How do you choose?

You attend church, but they don’t. Your partner goes to bible study, but you decide to go out with friends instead. Whether you follow a religion or not, it’s a personal choice that each of us make. But, when two people fall in love and decide to make serious long-term decisions for a life together, it can go one of two ways: up or down. Many couples face this struggle very early on and it can either strengthen or kill the relationship. When a person is completely dedicated to their religion, they like to encourage others to join them at their place of worship or educate those who are unfamiliar with their desired faith. But, when the one person you love more than anyone else in the world does not agree with your said beliefs, this becomes a major issue.

Religion isn’t just about what a person presently believes, it may lead back to their upbringing and their future beliefs for a family. More than likely they will want to raise their children within their place of worship or have them attend a religious school that will continue to educate them outside of the home. Their morals, values, and beliefs could revolve around their religion. Not only will this affect the relationship as it currently stands, but also in future plans.

If you’re the religious one, try to place yourself in their shoes. Were they raised with religion? Do their parents believe or follow? Have they ever attended a place of worship? Are they at all educated on religion? If not, try to understand their point-of-view. They may be intimidated or scared of entering the unknown. Who could blame them? Religion is badmouthed quite often and if they’ve heard more bad than good, they may be hesitant to explore such an area.

If you’ve tried to show them the good side in hopes of opening their mind to your world, that’s all you can do. From that point, it’s up to them. You cannot change a person and you shouldn’t try to unless they are willing to accept the change for themselves. If they truly feel exploring your religion would be the best thing for THEM (not just for you and the relationship), then great. If not, don’t force it. Do not try to change a person because it’s what’s best for the relationship, because in the end, they may resent you for forcing them into something they’re unsure about. If they change, it should be because they want to, not because you want them to. Love is about ensuring each other’s happiness and if you’re pushing them into a world they don’t want to enter, you’re doing it for yourself, not for them.

If you truly love a person and want them to be completely happy, let them be who they want to be. If that means you must let them go because the two of you will never agree on religious views, then so be it. You deserve to be happy as much as they do. Why would you want to compromise your religious views in order to save the relationship? And why would you want to force your significant other to believe what you believe? It’s not fair to either person. It’s not an easy decision, but no decision is when it comes to love. Maybe one day your partner will be open to the idea of religion, but maybe not. How long are you willing to wait for your partner to come around to the idea? On the other hand, your partner could be thinking the same thing about you. When will you finally let go of your religion so the two of you can move forward with your relationship? It all comes down to communication. Together you must decide what is more important: religion or the relationship? Try to change them or allow them to be who they want to be? With any decision there’s a consequence.

Whatever you both decide, just be sure you’re happy with the end result because love cannot survive without happiness.