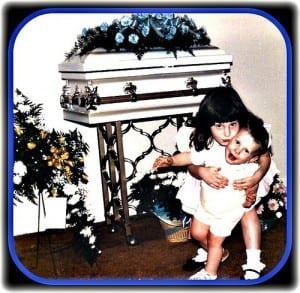 The clemency hearing for an Ohio man who murdered an infant during sexual assault will be heard today.

The Ohio man who killed a 6-month-old, while sexually assaulting her, is now seeking mercy from the courts on grounds that he did not mean to kill the infant. Stephen Smith, 46, argues that he was to drunk to realize that his sexual intrusion of an infant’s body was actually killing her. His clemency hearing will be held in Columbus today.

Autumn Carter, the 6-month-old daughter of Stephen Smith’s girlfriend, died as a victim of sexual abuse. However her abuser, Stephen Smith, was not charged with sexual assault. He was charged with murder and sentenced to death. His lawyers, Joseph Wilhelm and Tyson Fleming, are arguing that the death sentence should be commuted because “genuine doubts exist whether he even committed a capital offense.”

Kaysha Frye, mother of the 6-month-old, had been dating the rapist for about six months before he killed her daughter. Though Stephen Smith blames the incident on his high consumption of alcohol, prosecutor James Mayer says there is physical evidence on Autumn Carter’s body that shows intent to kill.

Accusations of how Stephen Smith killed Autumn Carter include suffocation (while on top of the infant) and beating. The abuse is said to have occurred after Stephen Smith had unsuccessfully tried to have sex with Autumn Carter’s mother, Kaysha Frye.

According to reports, the Kaysha Frye was awakened around 3 a.m. by her naked boyfriend placing her dead daughter next to her in bed. She reportedly noticed Autumn Carter wasn’t breathing and ran to her neighbors for help.

When Stephen Smith was tested for drugs and alcohol about eight hours later, his blood-alcohol content was .123. He is said to have consumed about 12 beers per day, which makes his defense of intoxication irrelevant because there is no record of him sexually assaulting and then physically abusing on any day but September 29, 1998.

There is no word on why Stephen Smith was not charged with rape.