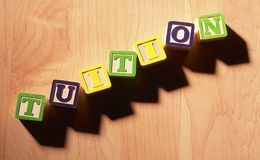 Colleges given control to set own tuition rates

The Washington State Legislature passed a bill Tuesday that will give in-state public colleges and universities four years of complete control over their own tuition rates, which means students will be paying more for their education. This major change to the state’s higher education funding model, which was developed in response to the state’s budget crisis, means that students will likely see double-digit increases in the amount of tuition they pay.

Paul Jenny, vice provost for planning and budgeting at the University of Washington, said the UW didn’t have an estimate for how much it will charge next year, but tuition would have to increase about 20.5 percent per year to cover all of the cuts proposed by the governor. House and Senate budget proposals would cut state funding for higher education by over $600 million for the upcoming two years as the state tries to lessen its $5.3 billion budget shortfall, according to The Olympian.

Supporters of the proposal, including its primary sponsor, Rep. Reuven Carlyle, D-Seattle, argued that the bill strikes a balance between quality, affordability and accessibility. The bill would require some tuition money to go towards financial aid if institutions raise tuition rates above a certain level, and those funds would expand financial aid eligibility from 70 percent to 125 percent of the state’s median household income, or about $101,000 per year for a family of four, according to The Olympian.

Opponents of the bill said it would make college inaccessible to Washington families.

Mike Reilly, executive director of the Council of Presidents, which represents the six four-year schools in Washington, said state universities would be careful not to make the cost of college too much for families to handle. One other option universities are considering is charging more for more expensive programs, such as science majors that require labs, rather than raising rates across the board, he said, according to The Olympian.

Although the Legislature has yet to decide exactly how much money it will appropriate to public state universities, most people expect to see a hike in tuition rates next year.