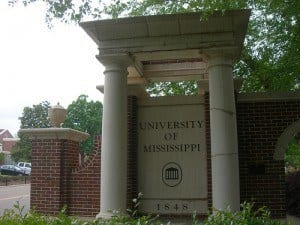 Tuition will increase at 5 of Mississippi’s 8 public schools

As if college wasn’t expensive enough as students continue to drown in student debt, the College Board has just approved a tuition increase for 5 public universities in Mississippi. This comes after the College Board gave preliminary approval back in October for the price hike.

This means that for Alcorn State University and Jackson State University, in-state tuition would rise 2.8 percent in Fall 2014 and then would rise again in Fall 2015 to a 3% increase. The University of Mississippi and Mississippi State will raise their tuition tuition a whopping 5% each year, making their in-state tuition rise above $7,000 in 2015. It looks like the College Board doesn’t have the student’s best interest in mind.

However, University officials claim that they have faculty members in mind who desperately need a pay increase. “We need to recognize that we are in a perilous place right now in terms of faculty compensation,” Higher Education Commissioner Hank Bounds said.

Hank Bounds also says that they realize that students attending these schools rely heavily on aid and cannot afford most of the tuition. “We recognize that the population we serve is a poor population and we are trying to make sure we think of that.”

USM student leader Ann Marie Chilcutt said that although tuition is often expensive, shelling out the money is worth it in the end. “We all have to borrow money and it makes it hard,” she said. “I think the return on our investment at the end of the day will be just as good or better.”

What do you think? Is this tuition increase that the College Board positive or negative in the long run?