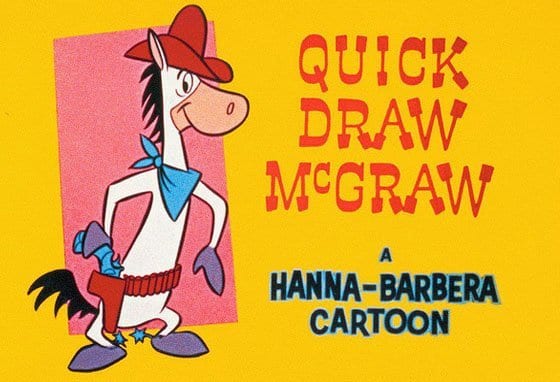 We take a look at classic Hanna-Barbera cartoons, and their method of adding a dog to tweak shows

Have you ever tried to write a new song by writing new lyrics for an existing tune, then coming up with a new tune for those lyrics? That is pretty much what classic Hanna-Barbera cartoons are. That’s not plagiarism at all. It’s not wholly original, but it hardly infringes anybody’s copyright. Now, imagine you did this on a slightly larger scale, coming up with new ideas for a television animation house, where they’d like to adapt the most popular TV shows into cartoons, but don’t want to pay pesky licensing fees. Most film studios do something like this from time to time, but one animation studio did it often, with some great success.

Hanna-Barbera no longer exists as an animation studio and barely exists as a brand (it was bought out by Warner Brothers in 2001), but at its peak, it produced a huge percentage of popular American animated TV shows. They pioneered a process called “limited animation,” drawing fewer frames per second and greatly simplifying the ones they did draw (There’s a reason all those animal characters wore collars with no shirts: it masked the simplified head movements on stationery bodies). And they had a winning formula for coming up with new shows: they often took existing shows, tweaked the characters and settings slightly, and added a dog (or a dog-like character). They used this formula many, many times.

Also like: Top 25 Men’s NCAA basketball teams have been announced

The most obvious example of this was The Flintstones. The four main characters were based on Jackie Gleason and company from The Honeymooners. Fred even talked a bit like Ralph Kramden and Barney closely mimicked Art Carney’s Ed Norton. Fred had a blue-collar profession. Barney likely did as well, though the only work I ever saw him do involved stealing Fruity Pebbles. They were moved to a Stone Age suburb and the family had a pet named Dino, but the basic group dynamic stayed intact.

The Jetsons likewise aped a popular show that H-B didn’t have the rights to straight-up adapt, a then-popular sitcom called Hazel, about an eccentric maid who manages and life-coaches a suburban family. Did you ever wonder why the Jetsons’ robot maid, Rosie, talked at all, much less with such a distinctive voice, even though she was a fairly minor character? Mystery solved! And as a trademark creative flourish, the Jetsons had a dog named Astro.

Scooby Doo, Where Are You? cherry-picked some characters from a once-popular sitcom, The Many Loves of Dobie Gillis, most conspicuously basing Shaggy on Maynard G. Krebs (played by a pre-Gilligan Bob Denver). The other humans were based on the brainy Zelda and some minor supporting characters played by Warren Beatty and Tuesday Weld. Weird how no analogue for Dwayne Hickman’ Dobie ever appeared. Plus, of course, they added a dog, Scooby. Years later, they got rid of all the humans except Shaggy and added Scrappy Doo, one of the most hated fictional characters this side of Jar Jar Binks. This showed a breakdown in the Hanna-Barbera formula: Their source show already had a dog at the center of it, and they gave that dog a dog. They would have gotten away with it if it weren’t for those meddling kids and their dog!

Another one of the classic Hanna-Barbera cartoons, Wacky Races, took its premise from a popular Tony Curtis movie, The Great Race. The only obvious character taken was Jack Lemmon’s Professor Fate, showing up as Dick Dastardly (with a dog, Muttley). Penelope Pitstop was vaguely analogous to Natalie Wood’s Maggie Dubois, and Peter Perfect was a bit like Tony Curtis’s The Great Leslie, but Wacky Races was pretty explicitly the Dick Dastardly and Muttley show.

Not all of their shows followed this formula. Sometimes, they did straightforward adaptations, as with their Fantastic Four and Addams Family cartoons. Sometimes, they would keep the characters intact but put them in a different environment (Partridge Family 2200 A.D., Laverne & Shirley in the Army, etc.). Top Cat was derived from multiple sources, including Sgt. Bilko, Guys and Dolls, and The Bowery Boys. Jonny Quest was a pastiche of old comic strips like Terry and the Pirates and Captain Easy, but it differed from them in significant ways. Plus, it had a dog.