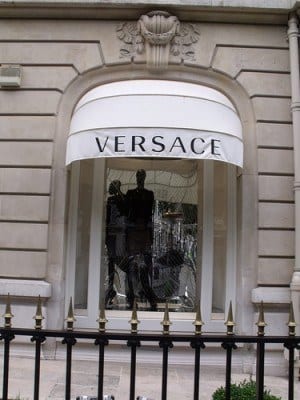 Following in her mother’s footsteps, 10 year old Kaia Gerber has launched her modeling career in a major way

Cindy Crawford’s daughter Kaia Gerber has landed the role as the new face of a youthful Versace campaign.

The 10 year old will model for Versace’s kids’ line, aiming towards children 0 to 12.
The line will feature Versace details, “such as Medusa heads, gold studding and an edgy, rock and roll vibe, according to LA Times.

Mother Cindy modeled for Versace during the early 1990s and made this statement about her daughter:

“I’m so thrilled that Kaia was chosen to be part of the first Young Versace campaign. I have so many fond memories of the times I spent with Gianni and Donatella.”

The line debuts in Spring of 2012 and will be available in Versace Young boutique in Milan and select stores.

To see the picture and read more: click here