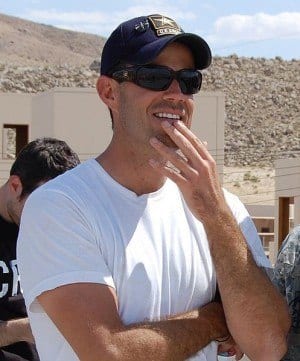 Daly insists he meant to make fun of himself, but hurt others instead.

Carson Daly apologized to the LGBT community this week for a joke he made about the JetBlue pilot who went berserk.

On his radio show, Carson Daly attempted to make a joke regarding the fact that the JetBlue flight was full of security officers on their way to a conference. Carson Daly said that with his luck, his flight would be full of people heading to the gay pride parade in San Francisco or a floral convention in Las Vegas.

“This morning on my radio show I attempted to make fun of myself and offended others by mistake. I sincerely apologized,” Carson Daly tweeted Wednesday.

Carson Daly went on to say that he has been a supporter of LGBT rights for a long time, and, “I’m saddened that my comments, however unintentional, offended anyone, specifically members of the LGBT community. The fact that I have hurt anyone is devastating. I’m not that guy. I’m proud to be an ally of the LGBT community and will continue to fight with them.”

GLAAD, the Gay and Lesbian Alliance Against Defamation, said that they will take Carson Daly up on his offer to help them fight for equality.

In light of this joke-gone-wrong, many news sources have cited the fact that Mark Kendall Bingham, a gay man, was among the passengers now considered a hero for his part in attempting to foil the hijacking of United Airlines Flight 93 on September 11, 2001. It was believed that the flight was heading to Washington D.C., but Bingham and other passengers managed to prevent the hijackers from reaching their intended target. The flight crashed in a field in Shanksville, Pennsylvania.