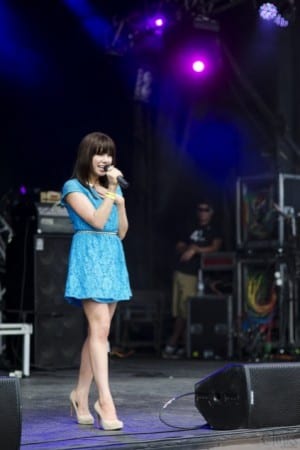 Carly Rae Jepsen just earlier this week took to Twitter to deny rumors that she appeared in a sex-tape, now actual nude photos of the pop singer are being shopped around to media outlets and Cary Rae Jepsen has taken to the authorities to find the culprit who hacked her personal computer.

Carly Rae Jepsen, who smashed the Billboard charts this summer with her infectious hit Call Me Maybe, is reportedly cooperating with police as they investigate the alleged theft of personal photos from her computer, according to ABC News.

As of yet, there has been no word from the Jepsen camp regarding the current police investigation, which began in mid-March. Carly Rae Jepsen took to Twitter earlier this week to deny rumors that she appeared in a sex-tape.

“Crazy morning. Discovered that someone put up a sex tape claiming to be me. Ridiculous. Obviously not me,” the Canadian-born artist tweeted July 23.

Carly Rae Jepsen, 26, is just another in a string of celebrities to fall victim to hackers. In 2011, Scarlett Johansson, Mila Kunis and an alleged 50 other celebrities had their computers hacked by Christopher Chaney.

According to the FBI, Cheney hacked into the emails and cell phones of a large number of celebrities beginning in December 2010 and posted racy photos of the stars on the Internet.

Chaney eventually pleaded guilty to nine felony counts, including unauthorized computer access and wiretapping as part of a plea agreement.

Now that it has been revealed Carly Rae Jepsen took nude photos of herself, it’s not out of the realm of possibility that the reported sex-tape is her, as well… maybe…