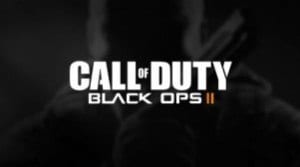 The past catches up to the future

It’s a difficult task to release a sequel to a popular game. It’s especially daunting when it’s the sequel to the best-selling game of all-time and that game is the most popular for its online play. Developer Treyarch realizes this too, but still approached the single-player campaign with fervor in an attempt to create a story as captivating as the multiplayer experience. And they succeeded.

A spiritual sequel to the story from the original, in Black Ops II you play as David Mason, Alex Mason’s son, in the year 2025. Like his father, he’s hot on the heels of terrorist Raul Mendoza, and travels to Frank Woods, Alex’s old partner and original badass from the first game. Using the same flashback setup that was so successful from the original, dialogue between Frank and David triggers story sequences from 1986-89 showing their covert missions across the globe, laying the groundwork and emotional connection that players will build upon throughout the entire campaign. While the flashback tactic has been used, both in previous Call of Duty games and other popular shooters, it’s still surprisingly effective. The conversation between the two triggers action sequences that teeter back and forth between the 80’s and the near future, showing off weapons and conspiracies from the Cold War era and unique, hi-tech equipment from the ‘New Cold War’.

You’d think that the constant flip-flopping between the past and future would present a poor gameplay experience, especially when considering the difference nearly 30 years can make in terms of technology and weapons available on the battlefield. Surprisingly the transition is seamless, partly due to the engrossing story that players will experience. Often players will forget which era they’re in only to be reminded by the lack of tech attached to guns or the absence of unmanned sentry bots patrolling particular areas. At the beginning of each level players will routinely be presented with a unique introduction, something Call of Duty has arguably come to use excessively. It’s not that the intro sequences are bad, quite the contrary; swinging from cliff to cliff using Spiderman-like equipment or using personal jet-packs to zoom into the battlefield is an amazing experience to have. The problem is that far too often it’s presented at the start of a level, rather than using it as a bridge to link two amazing sequences together. What happens is that levels feel as if they’re scripted with A.) amazing intro, B.) battle scenes and, C.) intriguing end point. The levels that use unique sequences are some of the most well-presented levels to be projected to players since Call of Duty began. A two-part city battle through the streets of L.A. is conjoined by an amazing fighter jet sequence that creates a masterpiece of violence and brings the entire story to a crescendo at the perfect moment.

Still, even with the overuse of the typical level design, Call of Duty: Black Ops II may be the best single player experience the series has delivered to date, partially due to the presentation, partially due to the introduction of choice. Shooters are routinely linear, giving players limited influence over their own world. Instead players experience the world and what it has to offer. To add some flavor, Black Ops II decided to introduce story choices, class setup, and optional ‘Strike Force’ missions to the fray. The story choices play out in a way that allows players to feel like they left their mark on the world (or on their allies, in some cases). And the choices themselves aren’t trivial, either. Players will consistently be torn between doing what their emotions tell them versus what their brain tells them. Pulling the trigger or twisting the knife never comes without consequences and thankfully that lesson has been tattooed all through the campaign. Like multiplayer, players are now given the opportunity to outfit themselves with the gear they want to use throughout each campaign mission. Gone are the days of toting a pistol or AK-47 through countless levels looking for an enemy SMG because it just ‘feels better’. Now, you can choose from a number of SMG’s (if you’ve unlocked them) and then outfit them with the attachments you prefer. It’s a small concession to be sure, but it’s clear that Treyarch’s underlying tone of “player choices” extends between multiplayer and campaign alike creating less of a disconnect between the two modes than ever before. The one misfire is the aforementioned Strike Force missions. The intent was to give players a ‘real-time strategy meets shooter’ option on the game, with each mission lending some variable to the main storyline. Instead, the execution gives players poor ally A.I., near-impossible odds, and leaves a bad taste with most players that makes them start to resent having the missions presented to them. Still, after seeing how the rest of the game plays Treyarch may implement this again in future games with much more success. As it stands it’s a broken, unfun add-on that most players would take note to avoid.

Still, in spite of the problems (and there are few), the successes of the game and franchise have continued and now peak with Black Ops II. Treyarch has learned to rehash gameplay mechanics and story elements into an intriguing game that doesn’t feel like the same old thing we’ve seen from every shooter. While it’s still “walk, aim, fire”, the outlying elements of the game take the simple mechanics and toss in flavor that players will be thankful for. Call of Duty may rely on the same recipe for success year after year, but this year at least  the campaign has added some zest and spices that will leave even the hungriest gamer craving more.

Previous ArticleWant Fabulous Fashion at the Fraction of the Cost? Here’s Where to Go!Next ArticleXaviant purchases 50% stake in developer Blue Mammoth