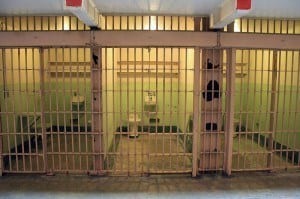 The ex-Mrs. Sheen gets out of a jail sentence for felony possession of cocaine, misdemeanor assult

Brooke Mueller will apparently avoid prison time after being charged with a felony possession of cocaine and assault.

Brooke Mueller is said to have exchanged heated words with Little, and then hit the woman in the back.

Brooke Mueller was formerly married to Charlie Sheen, another star who is famous for constantly getting into trouble.

A police search turned up enough coke to charge Brooke Mueller with possession with the intent to distribute, which is considered a felony.

But celebrities are known for their “get out of jail free” cards, even when facing felony charges. Brooke Mueller is reportedly working on a plea deal that will only require her to complete community service and possibly rehab. And the “rehab” may only include attending drug education classes.

Llana Little is “furious” about the possibility that Brooke Mueller may not serve jail time.

“She needs to learn her lesson that what she did was not okay,” Little said.

Brooke Mueller has spent time in rehab in the past, so drug education classes are unlikely to change her “bad girl” behavior.

The mother of two and close friend to reality celebrity Paris Hilton has a court date scheduled for April 2, where the judge is expected to announce her sentence.