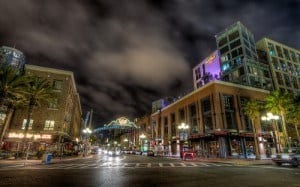 The body of a woman was found in Tuesday near Lake Skinner in Riverside County, Cal. has been positively identified as Brittany Killgore.

Killgore, 22, had been missing since Friday and filed for divorce with her husband, also 22, Lance Cpl. Cory Killgore just days before her disappearance. Cory Killgore was serving a military tour in Afghanistan but returned to search for his wife.

Jessica Lynn Lopez, 25, is the number one suspect in the killing and was held on suspicion of first degree murder. Charges have yet to be filed, and Lopez has been released.

Police found the body of Brittany Killgore through a suicide note Lopez had written. Authorities found Jessica Lopez with self-inflicted lacerations at the Ramada Inn hotel in San Diego and found an apparent suicide not explaining what happened to Brittany Killgore and where her body could be found. One officer described the scene on the police scanner, “Lacerations at the Ramada limited. … The female is conscious and breathing. Medics are en route.”

Many allegations have placed Lopez and Killgore as members of a dangerous sex ring, “They were into the sex slave things,” the neighbor said. “I tried not to judge… but that’s what they were into.”

Police said Killgore was planning to head to San Diego’s Gaslamp district but never made it there. They believe she was in the company of 45-year-old Marine Staff Sgt. Louis Ray Perez and was set to attend a dinner cruise with the active marine.

Perez was picked up on suspicion of possessing a stolen AR15 assualt rifle, and Police have stated he has been less than cooperative, “Based on the totality of the circumstances — the fact that (Killgore) is in constant contact with her friends, she has not been heard from since Friday, the fact that Mr. Perez was less than forthcoming in his interview with us, we believe there is foul play involved in this case,” Lt. Larry Nesbit told KTLA.

Detectives are still working on the relationships of Brittany Killgore, Lopez and Perez.

Previous ArticleDoug Hutchison, 51, is counting down the days until his wife turns 18Next ArticleDirty Dancing hotel fire destroys a piece of cinema history