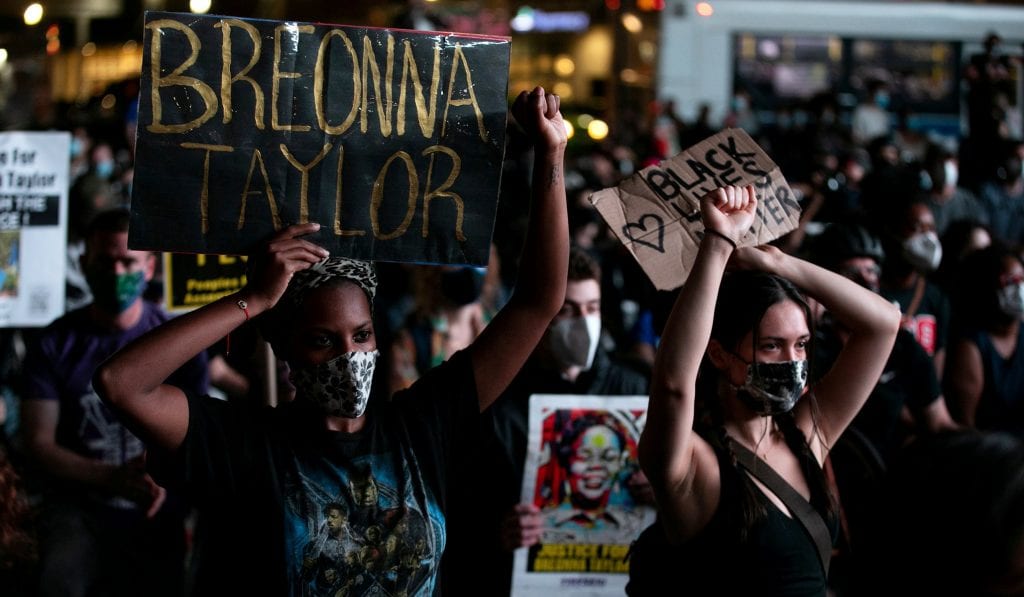 Breonna Taylor, who was 26 and working as a hospital worker was shot multiple times on March 13, when officers stormed into her apartment. One of the officers involved in the murder is Brett Hankison who has been charged with “wanton endangerment” for making shots into the apartment and not because of Taylor’s death.

Meanwhile, the other two officers who were also involved were not charged. According to Kentucky law, a person will be charged with wanton endangerment if an act that shows “an extreme indifference to the value of human life”. The number of years punishable per count for such felony is five years. Officer Hankison was charged on three counts, making it a 15 years sentence if found guilty.

However, Breonna Taylor’s relatives and activists find the lack of charges given an extremely negligent and erroneous repercussion for a blatant erasure of human life. All throughout the country there are massive rally cries calling for all the three white officers who were involved to be charged with manslaughter or murder. But this request has been rejected upon reviewing the evidence by a grand jury.

What are the prosecutors saying?

Earlier this week, Judge Annie O’Connel made an announcement concerning the charged brought against Mr Hankison by the grand jury.

”Every day, this family wakes up to the realization that someone they loved is no longer with them. There’s nothing I can offer today to take away the grief and heartache this family is experiencing as a result of losing a child, a niece, a sister, and a friend.” Cameron said in his message addressing the Taylor family.

The attorney general said that the ballistics report revealed that Breonna Taylor was shot six times, but only one was fatal. The analysis also concluded that it was Detective Myles Cosgrove who fired the shot that lead to Taylor’s death. Cameron stated that they can’t state for a fact that the shot fired by Hankison struck the deceased but the bullets had hit a neighboring apartment, hence the reason for his sentence.

The prosecutor also said that Cosgrove and Jonathan Mattingly who are the other two officers had been justified of protecting themselves, a justification that prevents them from pursuing criminal charges. Cameron, who happens to be the first black attorney general of the state, added “If we should just act on emotion or outrage, that wouldn’t be justice. The attorney general also made it known that the FBI is still investigating if federal laws have been violated, in regards to the case.

What’s the reaction to the Breonna Taylor Decision?

Ben Crump describes the incidence as “outrageous and offensive”, Crump is the lawyer representing the Taylor family. Official has agreed to pay Taylor’s family $12m in settlement. President Trump, in a White House news conference, commented on the decision. “I thought it was brilliant.”

He praised the attorney general who addressed the issue on a Republican Party conference for doing an excellent job. “I think he’s a star”.

On the other hand, Governor Andy Beshear urged the prosecutors to let go of the evidence, which was presented to the jury.

In his statement to reporters about the Breonna Taylor decision, Governor Beshear said: “I think having more of the facts out there so people can see, people can truly process it, is where we need to be.”