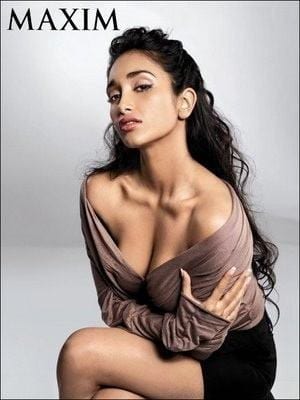 On June 3, Jiah Khan’s body was found in her apartment after committing suicide. This Tuesday, Khan’s boyfriend, Suraj Pancholi, was taken under custody for suspicions that he aided with Khan’s suicide.

Khan, 25, was a famous actress in Bollywood who was born in New York as Nafisa Khan, and began her acting career in 2007 when she played a character in the movie “Nishabd” where she fell in love with her father’s best friend. She also acted in the psychological thriller movie “Ghajini,” in 2008. The last movie that she played in, however, was in 2010, the movie “Housefull.”

It was a sad surprise for her family and loving fans when her mother found Khan’s body in her apartment after hanging herself. A suicide note was also found in her handbag, pointing to Pancholi for most of her suffering.

After confirmation that it was her own handwriting, the note tells of the pain her boyfriend put her through. Khan tells the sad story of how she was raped, abused, and forced to have an abortion. Whether or not the star was telling of her boyfriend and fellow actor Pancholi isn’t certain.

Some parts of the letter have been released by Indian publications, specifically parts telling of how the young actress’s life was ruined by this “mystery man,” supposedly Pancholi.

“When I first met you, I was driven, ambitious and disciplined. Then I fell for you, a love I thought would bring out the best in me. I don’t know why destiny brought us together. After all the pain, the rape, the abuse, the torture I have seen previously I didn’t deserve this. It didn’t matter how many gifts I gave you or how beautiful I looked for you. I was scared of getting pregnant but I gave myself completely (the) pain you have caused me everyday has destroyed every bit of me, destroyed my soul. If I stay here, I will crave for you and miss you. So, I am kissing my 10-year career and dreams goodbye. I never told you but I received a message about you. About you cheating on me. I chose to ignore it, decided to trust you. You embarrassed me.”

While Pancholi was not present for the suicide, he did spend the last two days of Khan’s life with her. He was also the last one to speak with her over the phone, and they had an argument.

“He is arrested for abetment to commit suicide under Section 306 of the Indian Penal Code,” Additional Police Commissioner Vishwas Nangre-Patil told AFP. “There is a suicide note, there is a statement of (Khan’s) mother and some circumstantial evidence of triggering.”

Pancholi and his parents, Aditya Pancholi and Zarina Wahab, have declined to comment on his arrest.