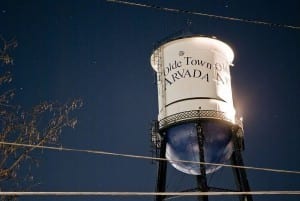 An unidentified body was found during the search for Jessica Ridgeway

An unidentified body was found a few miles away from where 10-year-old Jessica Ridgeway disappeared. Officials were unable to identify the body because it is “not intact” according to police. Due to the condition of the body, identification is delayed. Westminster Police Department spokesman Trevor Materasso said, “This is extending the length of time it’s taking for investigators to positively identify who that body is.”

This unidentified body was found in Arvada, CO, seven miles from where Ridgeway disappeared last week and close to where her backpack was discovered. Ridgeway’s family has been contacted and the information is being released publicly.

The parents of Jessica Ridgeway have been eliminated as suspects in the case. On Wednesday, Materasso said “At this point in the investigation, after thoroughly looking at the parents, we’re confident that they’re not involved in the disappearance of Jessica Ridgeway. The focus shifts to an unknown suspect, as we think that she was abducted.”

The fifth-grader failed to show up to meet her friends for the walk to her elementary school Friday morning. This was a routine walk she made everyday. The school then called to report her absent. However, Sarah Ridgeway missed the call claiming she was asleep after working overnight. Eight hours later, she contacted police.

Police haven’t officially tied the crime scene in Arvada to Jessica Ridgeway’s disappearance. According to Materasso, authorities expect to have a news conference on Friday to release more information.