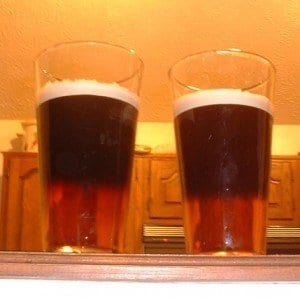 Black and Tan is the nickname for Nike’s new sneakers, a new version of its SB Dunk Low, a popular casual shoe. The shoes are black and tan-colored, and feature an image of a pint of beer with two colors – black and tan.

Nike may have thought the black and tan nickname was a nod to the Irish, and the upcoming St. Patrick’s Day holiday, but they were sadly mistaken. To Americans, a black and tan refers to Guinness stacked on top of a pale lager. In Ireland, Black and Tan is a reference to British forces that mistreated Irish citizens in the 1920s. The Black and Tans, so nicknamed because of their uniforms, are “remembered for brutality” and “a systematic reprisal policy,” according to Irish History.

Nike has released a statement saying “We apologize, no offense was intended.”

Brian Boyd, of the Irish Times newspaper, talked to the NPR segment All Things Considered to explain the outrage caused by the careless nickname. “The Black and Tans were a ruthless auxiliary force of the British army before we became independent in the 1920s. They were responsible for wide-scale massacres, butchering of people,” he said.

Boyd also explained that the upset is not simply due to the shoe, but the way the United States celebrates St. Patrick’s Day and view Irish culture in general. “It’s how the Americans view Saint Patrick’s Day and view Irish culture and history. And it’s the very fact that some people are saying that these are beer-themed sneakers, that the only way to celebrate a national holiday of a country with a very rich culture and a very rich history and literature, et cetera, is to pour massive amounts of alcohol down your body.”

So while many Americans will celebrate the holiday this weekend by consuming mass quantities of “Irish” drinks, (including black and tans), keep in mind that the Irish think we are going about it all wrong.