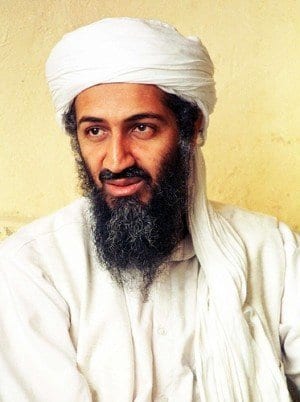 Bin Laden documents are set to be released online today a year after his assassination.

Bin Laden documents show the former #1 enemy to the West and leader of the terrorist organization, al-Qaeda, still had grand visions of a large-scale attack on America until his death at the hands of U.S. Special Forces in Abbottabad, Pakistan in 2011.

The documents recovered from the Bin Laden compound in Pakistan reveal the former head of the terrorist organization feared he would lose control of the organization he brought to fame. The documents also demonstrated Bin Laden’s lament towards the loss of thousands of Muslims at the hands of his jihadi affiliates, according to acting director of the Combating Terrorism Center at West Point, Lt. Col. Liam Collins.

Bin Laden reportedly “was frustrated by what he viewed as the incompetence of the affiliates, including their failure to win public support as well as their poorly planned operations that resulted in the deaths of thousands of Muslims.” Lt. Col. Collins stated, continuing to speak of the private correspondence made by the terrorist leader that “lamented at Muslims’ suffering at the hands of his jihadi brothers.”

It is believed a rift grew between the two heads of al-Qaeda during the decade Bin Laden was the world’s most-wanted fugitive. While Bin Laden wanted to direct the organization towards another large-scale attack on the U.S., his second in command, Ayman al-Zawahiri, wanted the organization to focus on luring Western armed forces to terrorist strong-holds such as Afghanistan, Yemen and the Saudi Peninsula with small-scale engagements.

The documents taken from the Pakistani compound reveal Bin Laden’s discontent at the current state of the organization and its numerous attacks within Muslim nations that had left so many dead.

The documents were taken from five computers, dozens of hard drives and more than 100 storage devices including discs and thumb drives and included handwritten documents, recording devices and digital, audio and video files. The seizure was described by U.S. officials as the largest collection of senior terrorist material ever obtained.

No information was found regarding the possible involvement of Pakistani officials in concealing Bin Laden within their borders; though, it is known he moved between a series of five safe-houses in the northern provinces of that nation during his time as a fugitive.

Previous ArticleSarah Phillips: lies, extortion and layers of deceitNext ArticleSupermoon on the rise