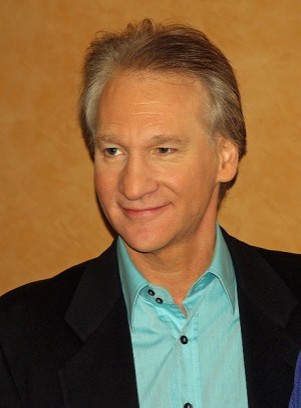 Bill Maher has announced that he will be donating $1 million to Priorities USA Action, a pro-Obama Super PAC.

The comedian made this announcement during a recent standup comedy show and said:
“My surprise tonight is I would like to tonight announce a donation to the Obama Super PAC-which has the very unfortunate tongue twister names ‘Priority(sic) USA Action’. I know, it was named by Borat. But tonight I would like to give that PAC one million dollars.”

The concert was unique in the fact that it was the first stand-up comedy concert to be streamed live online. Hosted in San Jose, California, Yahoo! Streamed the concert live.

Maher has been far from shy about his thoughts on the 2012 Presidential race. He told Anderson Cooper that other than Ron Paul, the GOP candidates running have “horrible society killing ideas about America.”

He then went on to say, “The rest of those people are, of course, selling their souls to the corporate interests who back them. They all act like god created the world in January of 2009, and then Barack Obama completely screwed it up.”

When asked about who he thought was going to win the Republican nomination, Maher said “My money is still on Mitt Romney. And I think he’s going to get the nomination and then I think Obama is going to beat him like a runaway sister wife, yes I do.”

Maher’s donation will significantly boost the Super PAC, who only rose a little over $58,000 in January, according to the Federal Election Commission.