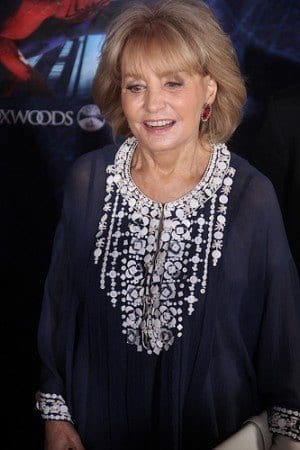 In an ABC TV special, Walters announces her list.

In Barbara Walters’ ABC special “The Most Fascinating People of 2011,” one surprising person won the top spot this year.

Walters chose the late Apple CEO Steve Jobs for this year’s top spot. What is unusual about this decision is that Walters had a rule to only pick living people. However, after he passed away, Walters decided to keep him on the list. She said, “Rules were meant to be broken and that’s certainly how Steve Jobs lived his life.”

Walters also interviewed the Kardashian sisters plus their mother Kris Jenner, who attempted to explain their fame as reality show stars.

Walters also talked to Simon Cowell about everything from co-star Paula Abdul to his biggest fears.