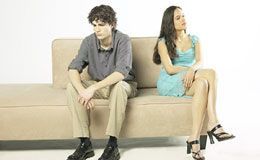 The folks at eHarmony, the dating website that matches hundreds of couples every week, know their stuff when it comes to bringing people together, but they also know about breaking up. During the college years (actually, during any stage of life) couples split for less-than-valid reasons all the time. While we would never advise you to stick it out when you’re not happy, take a look at these tips from the experts at eHarmony to decipher when you should or shouldn’t breakup.

1. You had an ugly fight
Having an argument with your boyfriend or girlfriend is as inevitable as final exams. But not only is conflict not a reason to break up, it’s often a reason that you should stay together. Couples can emerge from  a fight even stronger if they commit to resolving the issue and moving forward. So don’t clam up or head for the door at the first sign of a disagreement. Instead, use it as a way to further understand your sweetie and what makes him or her tick.

2. Your partner doesn’t like everything you like
So your new boyfriend doesn’t want to spend the weekends shopping or your new girlfriend would rather turn the TV to a channel other than ESPN. That’s totally fine – and again, no reason to start searching for a replacement. You don’t want to date someone who’s exactly like you, and it’s important for two people to have their own interests. Learn to embrace the person for who they are and you’ll soon find that both of you are taking more interest in the other person’s passions and hobbies.

3. Your partner finds other people attractive
Your sweetie may be all about you, but that doesn’t mean he or she has gone blind. Even when fully loved up, it’s crazy to think that your partner isn’t going to notice other good looking people. Physically attractive people are all around us, on TV, in magazines and even in the local supermarket, so it’s naïve to think that they’ll go unnoticed. As long as all they’re doing is momentarily taking note, there’s nothing to worry about. And if you’re honest with yourself, you’ll admit you’re doing the same (innocent) thing.

4. You don’t have time for a relationshipYes, we all know how important your education is right now and that the world will collapse without your undivided attention and input. But get your priorities straight. Astronauts have partners, as do scientists, doctors, judges, teachers and even presidents. While you’re mapping out your future, be sure to make room for the most important part: someone to share it all with. So sure, go to the gym, put in some overtime at work, write a book, save the planet, but understand that having love in your life will make all that seem even more worthwhile.