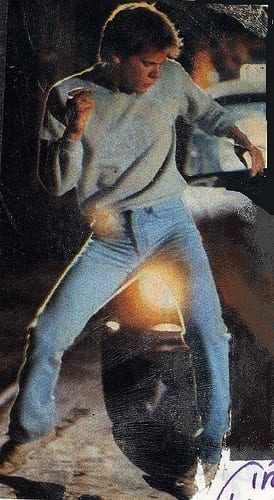 Bacon Number plus any celebrity’s name in a Google search does not give you how much of the greasy treat stars eat behind closed doors. For those who do not know, the Bacon Number given when using Google’s new search tool results in the number of actors/actresses anyone in Hollywood is away from being connected to Kevin Bacon.

The reason for Kevin Bacon’s high linkage is his appearance in so many films, 74 titles to be exact, if IMDB.com is correct. This realization came from a place where movie buffs and great ideas are born: in college. What started as a way to socialize at parties turned into a board game, a book, a charitable organization and now Google’s hot new search tool.

Three students attending Albright College in Reading, Pennsylvania were viewing the mad-dancing Kevin Bacon in Footloose when they realized how right Bacon was in a recent Premiere interview in 1994, according to CNBC. Bacon had told his interviewer that he had most likely worked with everyone in Hollywood, or at least someone who has worked with that person. After creating lists and pulling together movie knowledge, the Bacon Number was born.

Do you want to get in on the Bacon Number too? Simply type “bacon number” and the name of any celebrity into the Google search field, and Google will tell you how that celebrity is connected to Kevin Bacon by each actor/actresses and the name of the movie they and Bacon are featured.