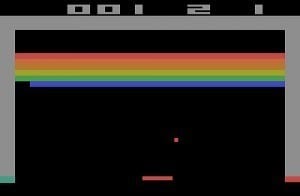 Atari’s “Breakout,” the classic arcade game released 37 years ago, is being commemorated by Google today. To access the Easter egg, just type “Atari Breakout” into Google image search and prepare to procrastinate, as Google is treating visitors to their version of Atari’s “Breakout” right inside their browsers.

Atari’s “Breakout” is as simple as it is groundbreaking. “Breakout” is essentially a one-player version of “Pong” and the goal is to break bricks using a paddle that travels across the bottom of the screen. It has spawned several different versions and even influenced Apple co-founder Steve Wozniak, who worked on an early prototype of the game, although his design was deemed too complex to manufacture.

Despite its simplicity, Atari’s “Breakout” is addicting and now, thanks to Google, fans of the game can pretend to be productive while enjoying a fully-interactive version of “Breakout.”