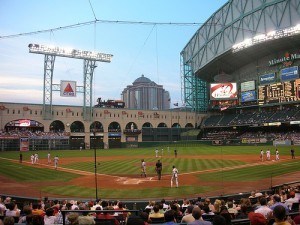 The Astros will be moving to the AL West (American League West) in 2013.

MLB Trade Rumors reports that owner Drayton McLane has confirmed the Astros’ move to AL West. The move will take place in 2013. He added that the Astros’ sale is on the agenda for for the owners’ meetings on Friday.

McLane said he’s “kind of sad” to be moving on, but that the Astros will have a “very good” owner in Jim Crane. Crane is expected to be approved as the Astros new owner.

Reportedly, Major League Baseball told Crane that they would not approve his purchase of the Astros unless he moved them to AL West.

Read more about the Astros and AL West here.