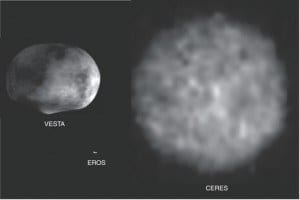 Asteroid 2012 Da14, the rock that is causing panic to earth’s doomsayers, will definitely miss the earth, says NASA. Not a chance. Calculations speculate that the asteroid will miss Earth by 1.5 millions miles, or about six times the size of earth.

Asteroid 2012 Da14 is a medium sized asteroid that astronomers estimate to be 150 feel across. The rock is set to come in close contact, again no chance of hitting earth, in February 2013. And, who knows if it’s the bad weather or the Mayans 2012 prediction of earth coming to end that has made Asteroid 2012 Da14 more of a media spectacle making the threat out to something its not.

“One problem is that the Internet is wide open to anyone to say anything,” Yeomans told Life’s Little Mysteries, he continued, “In the case of this asteroid, you get hundreds of hits on the Internet, and in the case of the 2012 Mayan calendar business, millions of hits suggesting disaster. And you get a few folks in the media and at NASA who put out the truth. But people go online and see millions about disasters and a few saying ‘no disaster’ and they think, well, the majority of these say I should be worried.”

There’s bogus news tabloids all over the internet, some mumbo jumbo prediction dated back thousands of years, or there is science, by little organization named NASA. This author trusts the latter.

Although Asteroid 2012 Da14 will miss, this does not rule out the threat of an asteroid in the future smashing into the planet. What wiped out the dinosaurs 65 million years ago could still pose a threat to humanity, and astronomers say, it is only a matter of time before another one of these space rocks is successful hitting earth.