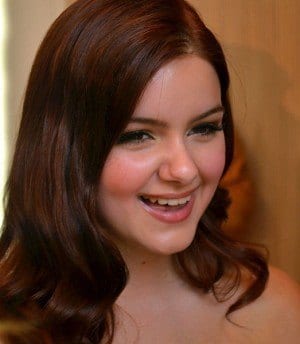 Ariel Winter is accusing her mom of physical and mental abuse

The mother of Modern Family star, Ariel Winter, is denying allegations that she has physically and emotionally abused her daughter. Ariel Winter, known for her role on Modern Family as the smart Alex Dunphy, has accused her mom, Chris Workman, of “ongoing physical abuse (slapping, hitting, pushing) and emotional abuse” which included name-calling as well as insults about her weight.

Shanelle Gray, Ariel’s older sister, has been granted temporary custody and their mother is not to contact her daughter until a November 20 follow-up hearing.

It has also been reported that Winter wanted her sister to be her personal guardian and to be responsible for her estimated $500,000 estate. Workman is currently receiving checks from her daughter’s TV work and is also in charge of her Coogan account—money that by California law is set aside for child actors when they reach adulthood.

Ariel Winter has appeared in several movies such as Ice Age: The Meltdown and ParaNorman and is of course known for starring in the ABC hit series Modern Family.