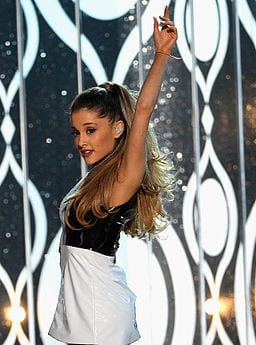 Speculations about Ariana Grande and Big Sean dating have been circulating for months, but the speculations began to spread like wildfire after the two were recently caught holding hands backstage at the MTV Video Music Awards this past weekend.

The 21-year-old actress and singer recently split from longtime boyfriend, Jai Brooks, 19, and according to a source who spoke with US Weekly Brooks wasn’t as supportive as he could have been during a time of crisis for the “Problems” singer.

“It has not been an easy few months,” the source told Us, regarding Grande who recently lost her grandfather. “Jai just wasn’t as supportive as he could have been,” the source added.

The “Problems” singer revealed similar details in a Twitter post where she spoke out about her loss. “I thank everybody who was there for me when I needed them and the ones who weren’t really broke my heart,” tweeted Grande.

This is the second time Grande and Brooks, a member of The Janoskians split up.

Dating rumors have since been circulating after Sean called off his engagement to Glee star, Naya Rivera.

Grande broke her silence on the topic Wednesday morning when she called into the Ryan Seacrest radio show when Seacrest put her on the spot asking if she and Sean are dating.

Grande responded, “I don’t know what to say, Ryan. Why are you doing this to me? I’ll tell you when we’re not on the air. I trust you. I’ve known you a long time. I don’t know about these millions of people listening right now.”

Meanwhile, the “Problems” singer recently released her sophomore album, My Everything earlier this week.

Previous ArticleDemi Lovato Speaks Out on Bipolar DisorderNext ArticleCharli XCX Isn't a Sucker, but Her New Album Is