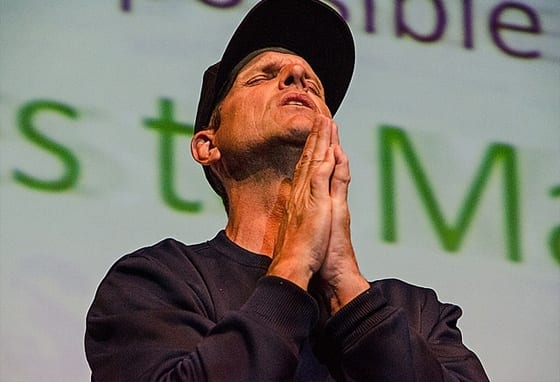 Expectations are high for the University of Michigan coach

Before I get started with this piece I want to start by saying I am a 20+ year Michigan fan and opinion can either be explained as bias or deserving but that is not really important here.

After years of wallowing along the Big Ten mediocre the Wolverines have taken the step to go and pull in the biggest coaching name in college football since Steve Spurrier returned back from the NFL years ago. Jim Harbaugh comes back after an astounding 44-19 record as head coach of the NFL Powerhouse San Francisco 49ners where he led them to a Super Bowl appearance in 2013. His Niners eventually lost to the Baltimore Ravens but Harbaugh’s coaching prowess continued to grow. Fast forward to 2015 after Michigan spent $5 million a year to bring the top notch coach back to Ann Arbor with hopes his skill will turn into a Championship.

Jim Harbaugh, who is an alumni of Michigan and played quarterback for the Wolverines back in 1983 has a big job to do. Michigan has been a mid-level program the last decade despite a few years of nominal success in between but overall we have been looking at the heels of our biggest rivals, the defending champions Ohio State Buckeyes. Michigan wants to get off the laughing blocks, so acquiring Harbaugh was the first step in doing so. His name alone has garnered national attention from recruits and even brands that want to invest in his future as well as the football program. Michigan signed new team jersey deal with Nike this spring and recently announced a deal with Michael Jordan’s Jumpman brand for the production of their shoes. This attention will only heighten the anticipation for Harbaugh.

The expectations for Harbaugh are through the roof. Jim Harbaugh’s record alone as a head coach on all levels is impressive and the way his players give him every ounce of respect makes it hard to doubt him. There are still a few chinks in his armor that needs to be tended too before we make him the greatest thing walking since sliced bread. Jim Harbaugh, despite all of his success he has never won a championship on any level. He has taken great players to higher levels but it has yet to result in any hardware. Michigan wants hardware and I am sure Jim wants the same but to expect him to bring Ann Arbor a championship this year may be a bit too much.

As a fan I want him to go undefeated and stump Ohio State into the ground this November but as a realist, I understand it will take him a year or 2 to get the type of recruits that will exemplify the Harbaugh personality. He has already attracted some big name recruits from other big programs just off his arrival to Ann Arbor. He will eventually turn Michigan back into the Powerhouse of the Big Ten but fans need to be patient and watch him do it on his terms. The Big Ten has some of the best competition in the country with teams like Michigan State, Wisconsin, Iowa, Penn State and Ohio State all looking to keep the Harbaugh attention train under wraps. The pressure gets greater for the Wolverine program as the season grows closer. As long as Jim can focus on the task in front of him I am sure he will bring much success to the program and in time a championship banner to the Big House once again.

My devotion hasn’t changed but I do understand that it is a process to be great. Especially with arguably the best coach in college football heading your rival school, strategic thinking will have to be done to dethrone Urban Meyer from coaching hierarchy. Jim is capable to do so but it starts with building a strong program brick by brick. Don’t get caught up in the hype Wolverine fans but the new era of Michigan football is among us. GO BLUE!

ALSO READ: Looks like college sports will be back in the video game world soon

ALSO CHECK OUT: Lane Kiffin gets the boot after a failed start to the football season