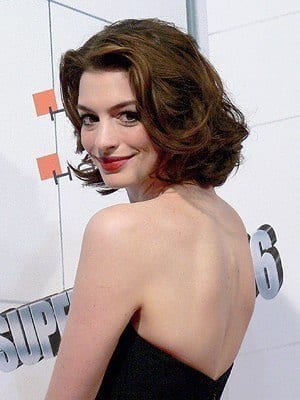 Anne Hathaway is engaged to her boyfriend of three years, Adam Shulman, reports US Weekly.  The actress has been seen recently donning an engagement ring, which her rep says was designed by Shulman himself along with Kwiat Heritage.

Hathaway and Shulman began dating just months after Hathaway’s breakup from Raffaello Follieri in 2008.  They were involved for four years before Follieri pled guilty to 14 counts of fraud, money laundering, and wire fraud and Hathaway ended their relationship.

This time, it looks like Anne wants in for the long haul.  The 29-year-old Oscar nominee said “so far, it’s worked out great,” of her romance with Shulman, an actor and jewelry designer.  She also said he is “mellow” compared to her former flames. And for Hathaway, mellow is preferable to a scandal.  “Mellow doesn’t always make for a good story, but it makes for a good life,” she mused.

Read more about the couple here.