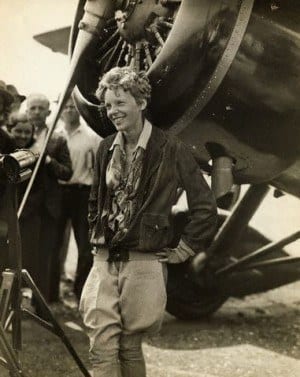 With the backing of Senator Hillary Clinton and with a little help from The Discovery Channel, The International Group for Historic Aircraft Recovery (TIGHAR) will begin a new investigation into the final flight.

Amelia Earthart and her navigator at the time Fred Noonan disappeared nearly 75 years ago while flying from New Guinea to Howland Island. Searches since the disappearance have come up dry.

Clinton is set to meet historians and scientists today from TIGHAR, which will begin its search for Amelia Earhart’s wrecked plane, the Lockheed Electra, in June. The group will begin off the Pacific nation of Kiribati on the remote island of Nikumaroro.

Ric Gillespie, the executive director of TIGHAR, explained the motives for the group’s search area. “The navigation line Amelia described in her final in-flight radio transmission passed through not only Howland Island, her intended destination, but also Gardner Island, now called Nikumaroro,” Gillespie said, “This was the oldest Earhart theory.” He continued, “This was the theory the Navy came up with in the first days following the flight’s disappearance. And they did search the atoll, but only from the air.”

Hillary Clinton lends her high-profile appearance to the search for Amelia Earhart and the State Department has her back, releasing a statement saying the, “event will underscore America’s spirit of adventure and courage, as embodied by Amelia Earhart, and our commitment to seizing new opportunities for cooperation with Pacific neighbors founded on the United States’ long history of engagement in the Asia-Pacific region.”

“We’ll do our best to find Amelia. During the painful recovery from the Great Depression, Amelia Earhart inspired America with her courage and determination. America needs Amelia again,” Gillespie said.