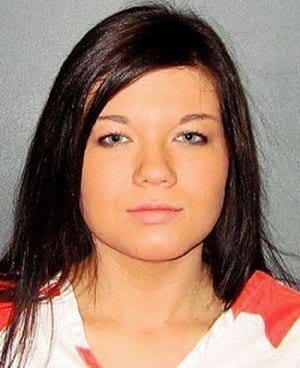 “Teen Mom” star opens up about going behind bars

Amber Portwood was originally brought back into court on May 24 when she failed a urine test, which violated her probation requirements, according to Prosecuting Attorney Rodeny Cummings.

Odds are that Amber Portwood, 22, will only serve two of her five-year sentence, given that inmates are rewarded with one day off their sentence for every day of good behavior. She could also receive another 30-day deduction for completing a drug rehabilitation program.

With her impending prison time, Amber Porter decided to open up about her choices and actions in an ABC News interview. In the interview, Portwood stated that the access to drugs and money only fueled her addiction.

Eventually, Amber Portwood’s demons were too much, and over three days, she consumed 30 plus Suboxone pills- her drug of choice.

In the interview, Amber Portwood lamented, “The depression took over. I’d just take four to five at a time underneath my tongue, and nod out. I had more than addiction problems. I had, you know, mental problems, too.”

The Teen Mom star was offered the option to attend a drug rehab program, but she felt time behind bars would inevitably make her a better person and mother to her three-year-old daughter, whom she doesn’t have legal custody of.

“You know, I was very depressed, all alone, all bitter at everybody,” Amber Portwood added in the interview with ABC News. “I felt like that wasn’t the life I wanted to live. I felt like I’d rather do my time, and get it over with and make the best out of the situation that’s been handed to me.”

Portwood was originally arrested back in 2010 for domestic violence when she attacked Gary Shirley, the father of her child. Shirley currently has custody of their daughter.